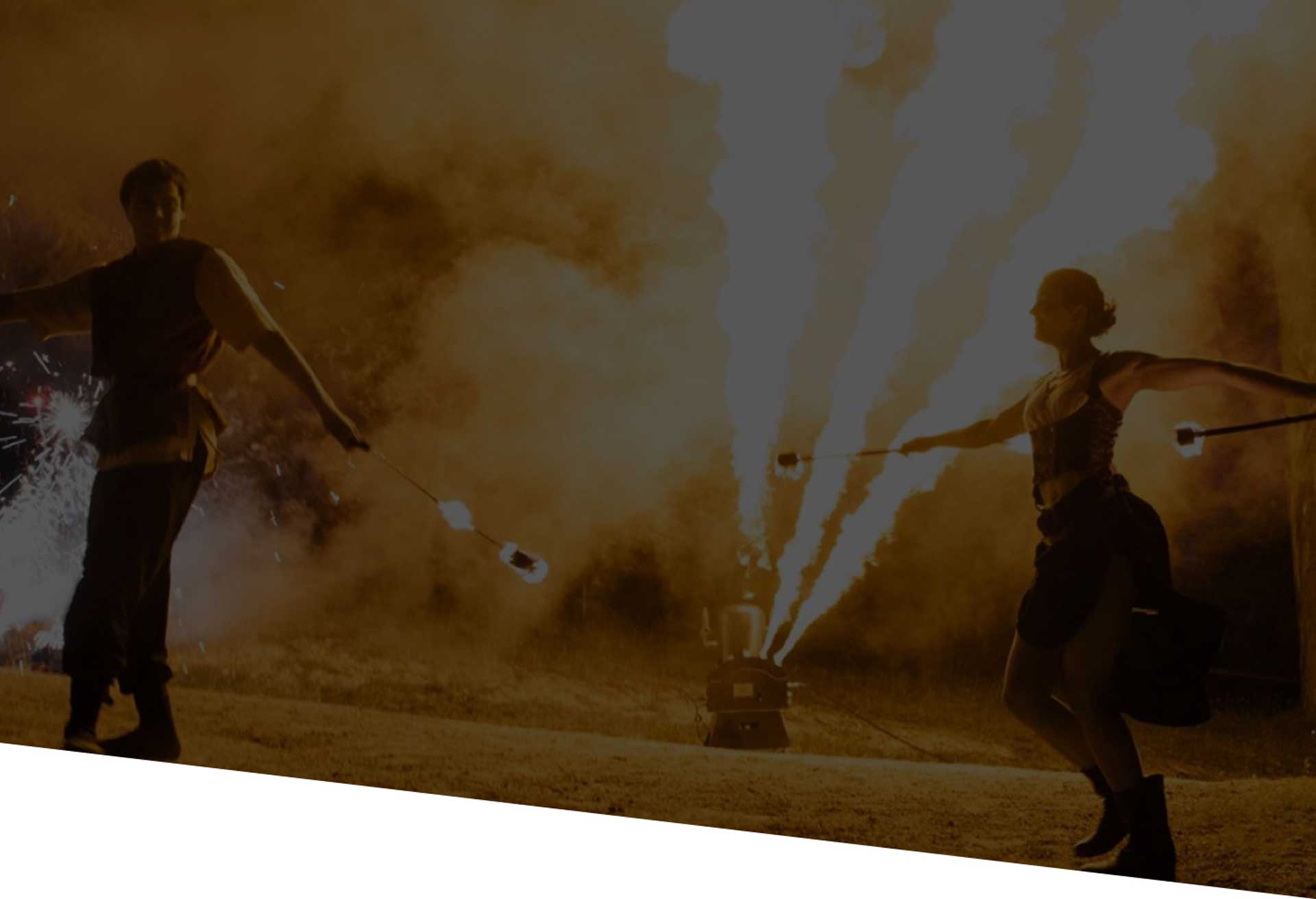 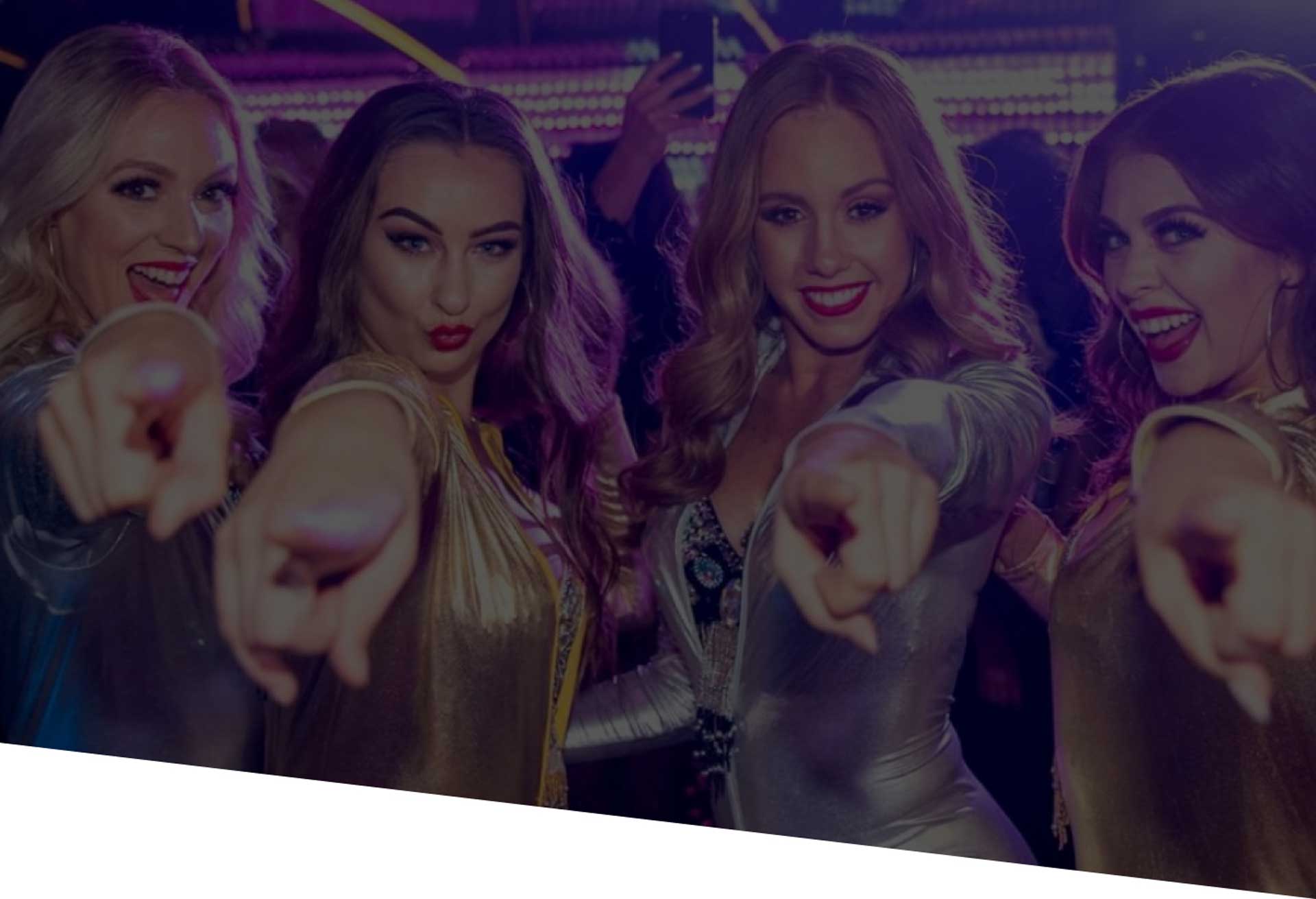 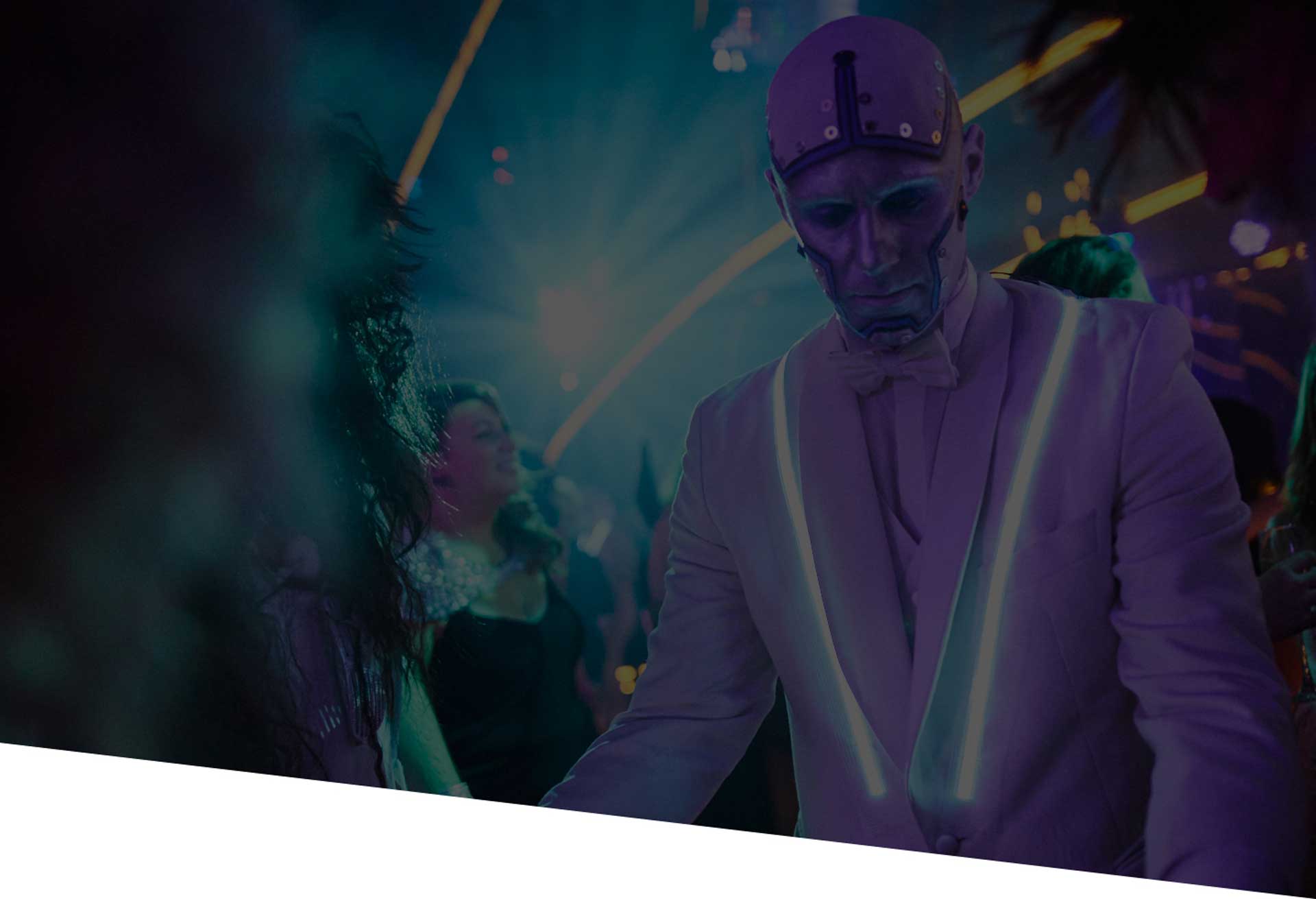 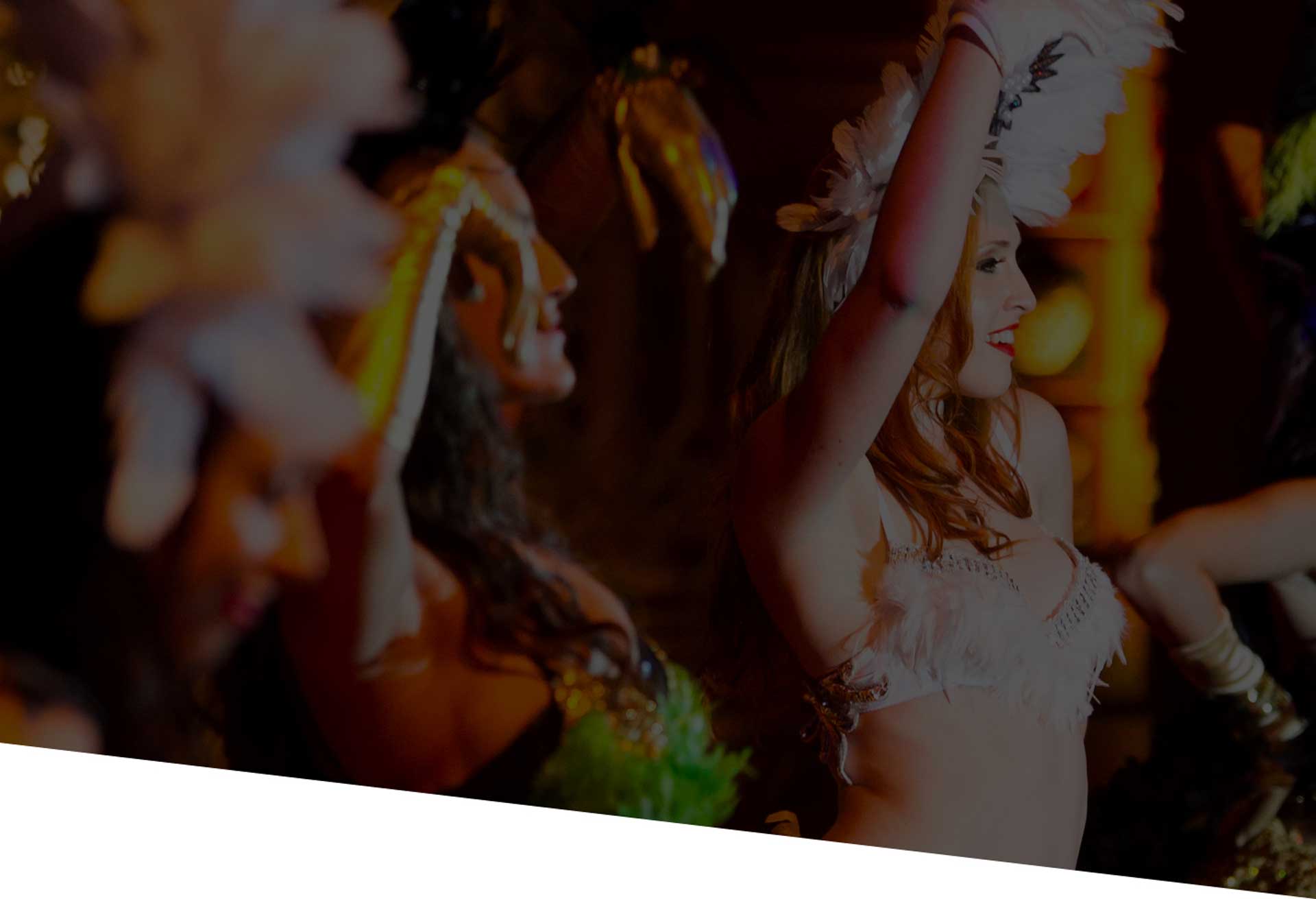 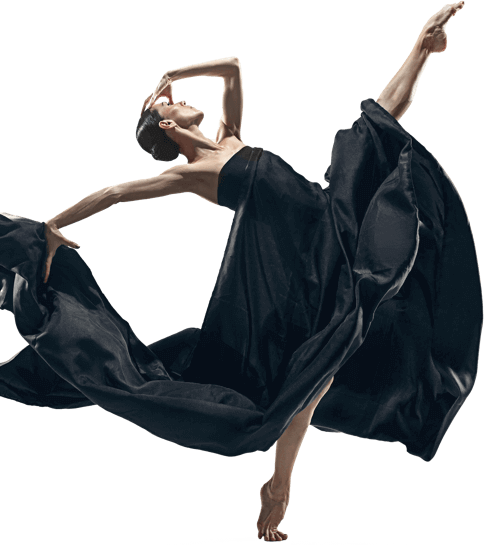 APPLAUSE ENTERTAINMENT ARE A NATION-WIDE ENTERTAINMENT CONSULTANCY FOCUSED ON ORIGINAL ACTS AND THEMES FOR YOUR EVENT, PRIVATE PARTY, OR EXPERIENTIAL MARKETING.

Top Gun: Maverick was released in Australian cinemas on the 26th of May. To celebrate this release, BBR Agency Sydney and Val Morgan hosted a Flight Academy themed launch party. We were contacted by BBR Agency as they were looking for Aerialists to perform circus tricks, which would start off the event with a gravity […]

Eleni has always wanted to host a 1920’s themed party, with guests donning flapper dresses and pinstripe suits. We thought about what comes to mind when you think of the 1920’s, and rounded it down to two iconic aesthetics: The Great Gatsby, and Al Capone-esque gangsters. Combining these two elements together, ‘Gatsby Glam & Gangsters’ […]

Every event is unique, so even if on the surface it’s a familiar theme – in this case, the Dark Circus theme – there are many factors that we bring to the table to ensure it’s something tailored for our client’s needs. This Dark Circus Birthday Extravaganza is the perfect example of how our consultation […]

After the incredible success of the 2017 street event for Halloween, we were overjoyed to bring along the festival favourites, including the cast of Rocky Horror Picture Show, the Addams Family, Dracula, a fire-twirler, as well as new additions the Joker and Beetlejuice. It was an incredible party and the photos show just how much […]

Studio 54 themed events are always a crowd favourite – how could you not love groovin’ to the funky tunes of the 1970s, while surrounded by so much glitter and glamour? When our client Michael asked us to help him put together a big Studio 54 disco birthday bash, complete with the best entertainment to […]

The Australian Open 2019 Kids Tennis Day was one to behold! The courts were lit up by the futuristic LED dancers, who were equipped with brand new, hand-held laser kaleidoscope projectors, and joining them were floating fairy-light adorned ballet LED Sylphides and ballerinas – who were an absolute hit with the children and adults alike. There was […]

Applause had worked with The Big Group on many amazing events in the past, and we know that they’re a big close-knit family who are also highly regarded in the events industry. So when we were asked to help with a big birthday surprise for co-founder Bruce Keebaugh, we were honoured to have been asked, […] WE’RE PROUD TO HAVE WORKED WITH SOME OF AUSTRALIA’S LEADING BRANDS.

Wow – what a blast! We all had such a fantastic time on Friday during our Pandemonium at the Prom Murder Mystery event. Everyone was up and interacting, dancing, participating, letting their hair down and there was loads of laughter. We had such a fun time.

I can’t rate this event any higher. I will be highly recommending Applause Entertainment.

Who says ISO birthdays are no fun!? We rocked the 1980's, including April, Peter and Amanda in authentic 1980's taffeta, footy shorts and school uniforms! Thanks to Applause Entertainment and our fabulous host Charlotte for keeping us on our toes for hours.

"Thank you so much to you and the dancers for a great show last week! We have had some great feedback from the team “the greatest opening day”, and the flash mob was the “highlight of the week”! ...Now, how can I work in a dance number in every event from now on?!"

"Absolutely loved having Applause Entertainment at our Carlton FC New York New York event. Such a great and easy business to work with and their actors do such a great job; our guests couldn’t get enough!"

"Last night’s session was fantastic.  Our team really enjoyed themselves (even though it was only 14 people!!). The whole thing was really easy for me to organise – from booking until the end of last night’s session."

The detail and thought behind the entertainment was impressive, and really made a difference to the overall theme and atmosphere as we partied Havana Style, complete with our very own Fidel Castro and beautiful Cuban dancers thanks to Applause. Easy, thorough, organised, everything you want when managing an event!"

"Our 1920s Great Gatsby Murder Mystery event was amazing!  It was different from the tradition murder mystery of sitting around a dinner table and playing over a long meal, which was perfect for the type of party we held.  By being team based and active, it meant people could mingle and get to know each other and it created a great atmosphere at the party."

"The magician was a great sport and made an active effort to do tricks in front of the client, which was great. The adagio trio was fun and quirky. The client loved it when they roamed around the room and just did little tricks like stand on top of one another and take pictures with guests. The aerialist was the true highlight though and we loved her performance! The makeup and outfit was spot on for her and she represented the Flying Maiden well! Thank you for making the custom designed outfit!"

"The GAME SHOW LIVE format is definitely an event I would recommend to other organisations as a great team building experience. An excellent evening of team bonding and so many laughs."

GET SOCIAL WITH US. GET INSPIRED.

KEEP AN EYE ON WHAT WE’VE BEEN UP TO. IT’S NEVER EVER BORING, WE PROMISE.

Don’t worry, we hate spam just as much as the next person.

Don’t worry, we hate spam just as much as the next person, so we won’t be sending you any.