Going to the Circus – The History

Under the Big Top…

We often receive requests for circus themed entertainment. It ranges anything from hiring a Ring Master MC to maybe a juggler or two. Or sometimes it’s a full-fledged affair that includes stilt characters, acrobats and hula hoopers. And why wouldn’t it be a popular request? The circus has always been a thing of fantasy when we were children. And as adults we are still entranced by elegant yet death-defying acts seen on Cirque du Soleil. In fact, the circus has had centuries of history.

The History of the Circus

The word ‘circus’ is attributed to Phillip Astley, and Englishman, arguably the ‘father’ of modern circus. Astley set up a horse show that is performed in a large ring. The circular structure of the ring not only allows the equestrian performers to use centrifugal force to keep them balanced, but it allows a larger audience to be seated around the entire ring, instead of auditorium seating that only gave those sitting at the front a view. The word ‘circus’, Latin for ‘circle’, is derived from this permanent feature of all shows from there on. 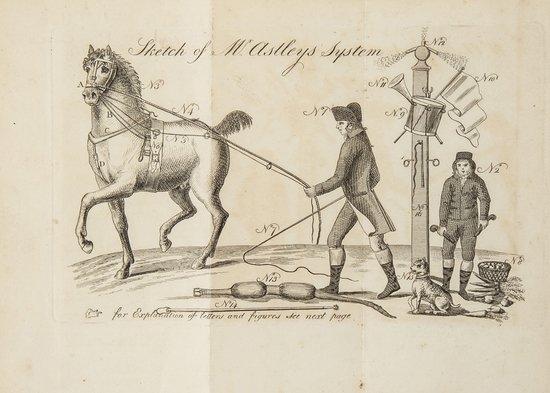 In the 1770s, Astley’s circus was more predominantly an equestrian skill show. But in order to better capture audience interest, he also added on some acrobatics and juggling in between the horse shows. He also brought in a character that was well known in theatre, the clown, to do comic shows. Astley’s shows proved popular, and many other rival shows began to crop up. As such, ‘circus’ became a generic term used to describe all similar equestrian shows that included acrobatics, juggling, and clowning.

At this time, the show was held under constructed wooden buildings. And halls that were as magnificent as the theatres of the era. Often these wooden circuses taught equestrian lessons by day, and in the evening would perform shows. But these were different from the circus as we know it today. They were stationary, and featured more horse tricks than other feats of human abilities. But this was soon to change. 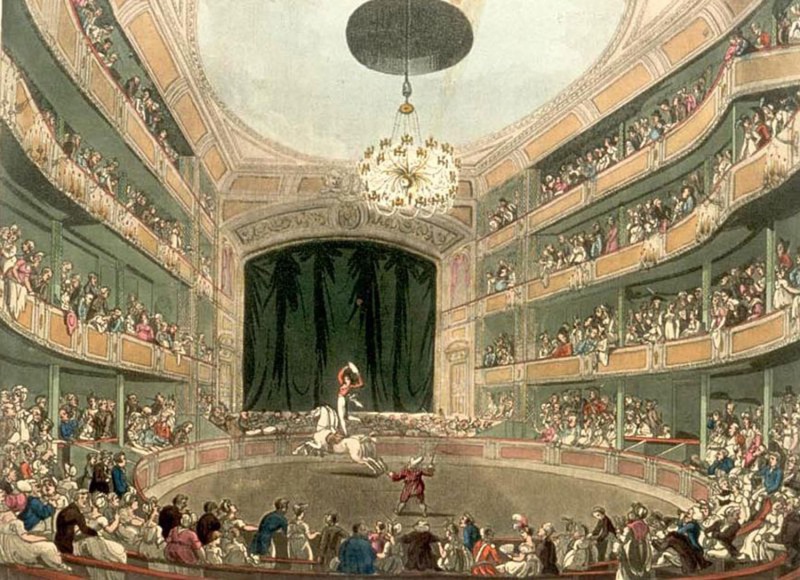 The United States at the time was a relatively young nation, and the people there were constantly exploring and moving westwards. Because of this, there were no towns with enough population to warrant a permanent building dedicated to the circus, and in order to bring their art to farther reaches of the ever expanding nation, the performers had to be nomadic. As a result, the performers had to be able travel light. This was when the now familiar big top came into use – large tents were easy to transport, erect, and dismantle as needed. It was also here that exotic animals became a staple in the travelling circus. Creatures such as elephants, lions, and tigers were popular attractions.

Because the circus is essentially a visual spectacle, it transcended the language barrier. It was the perfect show to move onto an international platform, and thus the circus began its crawl across the globe. European circuses, who up to this point had maintained its traditional permanent structure, also adopted the travelling tent.

The Circus over Time

In the 19th Century, the format of the circus began to evolve beyond its origins in equestrian showmanship. At first just the side attraction, by the mid-1800s, the acrobats and clowns featured more and more prominently. European circus clowns kept many aspects of their theatrical roots, but American clowns, in light of the other attractions, are often kept as mute performers of physical gags. The tightrope walkers developed their own aerial show that is now one of the biggest attractions during a circus show – the trapeze. Trained exotic animals also became a point of interest, and so the circus evolved into a show of human agility and skill, and the spectacle of animal performance. The circus had shifted from a family run show to a business that hires individual performers to form a troop, and by the end of WWI, Astley’s equestrian-centric shows were no more. 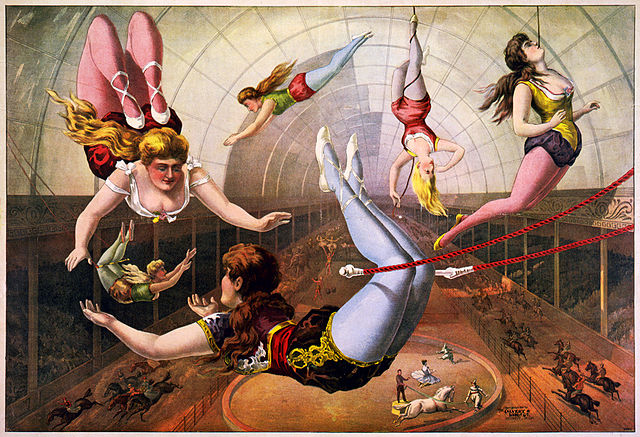 Contemporary circuses focus much more on human ability and performance. With rising concerns over the treatment and well-being of the animals in shows, many nations began banning the use of all wild and domesticated animals in shows. As such, circuses today often feature acrobatics, such as the trapeze and silk performers. As well as other human acts such as fire-eating, sword swallowing and so on. 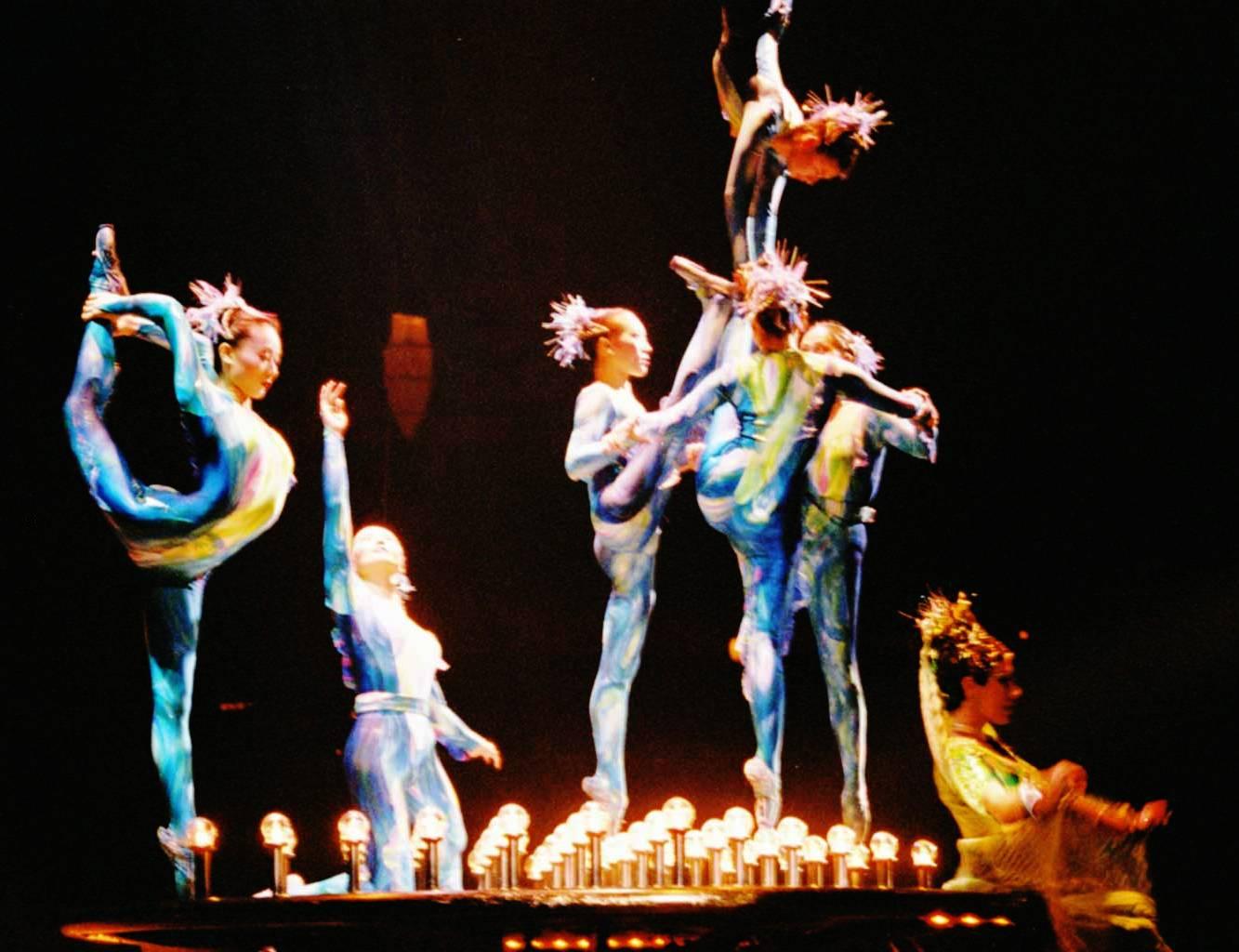 Now you’ve got a basic understanding of where the circus came from! Perhaps the next time you are under the big top, you’ll notice all the different aspects that have evolved throughout history. If you’re not headed to the show, then bring the show to you! Our performers are all professionally trained in their arts, certain to show their audiences exactly what it was that captivated the world to the world of the circus all those centuries ago.