Recently, we received a request from a client asking if we could help them put together a Christmas themed event. We’d just begun to dust our hands for an easy job, but then the client added an extra request: Can you incorporate Star Wars? The kids love it. So the idea was clear, create the perfect Star Wars Christmas mashup.

We perked up, and immediately knew this would be an entirely new kind of creative fun:

The key to a good event theme mashup isn’t about throwing as much together as you can, or about keeping a defined line between the two different aspects – it’s about showcasing the best parts of both, but also about skilfully picking out the not-so-great parts that mesh together to create a whole that is much, much better than the sum of its parts.

For our Christmas Wars event, then, it’s all about knowing which parts should be kept to shine by themselves, and which parts work well with each other. We knew that Santa and Darth Vader wouldn’t agree to be anything but the main attractions, but what about their little helpers? Santa’s elf and the Storm Troopers took arms on opposite sides, and it’s up to the guests to choose which side they want to be on! The guests were encourage to come dressed in either festive wear, or Star Wars costumes, and on the day, there was a crafts table where everyone could them make their own masks, so they can dress up as the “opposite” side as well. This Christmas Wars event mashup not only set the stage for an unlikely event theme, but also allowed the guests the freedom to mashup their own interpretation of the two themes.

To help you get into the mood for event mashups, here are some other mashups. Who knows? Maybe one day we’ll do a Mashup Theme party, where the food are all mashup foods and the music are mashup music… If traditional pizza just isn’t portable enough for you, or you like holes in your food, this little treat would be for you! It would be a hit at backyard BBQ parties, while kids are running around everywhere. 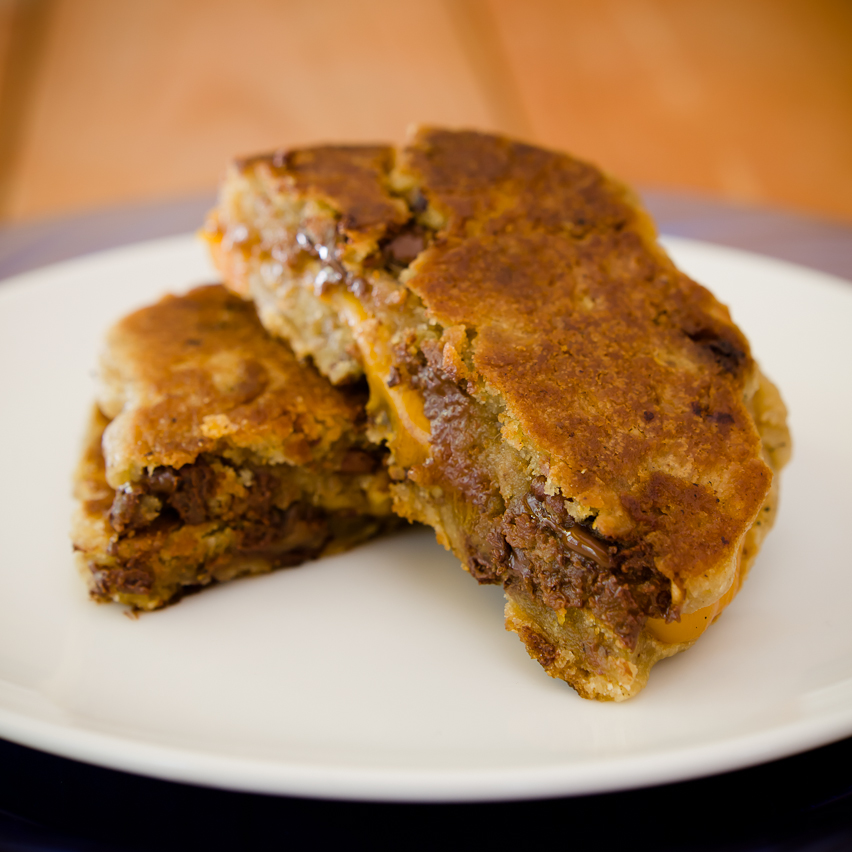 The recipe in the link includes two different methods of cooking, and I must admit I’m more particular to the second one, where you grill the cookie dough instead of baking the cheese inside of pre-baked cookies. This is great for late-night, post-drink munchies, or for afternoon finger food at parties where the meal may be served a lot later. Much like Star Wars and Christmas, here are two things that exist in completely separate areas of the consciousness, put together in a beautiful symphony. If you’ve ever had Fried Chicken and Waffles, or added maple syrup to bacon, this wouldn’t be new to you, but for the rest of you, adding something savoury to a good, soft waffle, is just about the best breakfast thing you’ll ever do.

I love a good music mashup. Nowadays, artists often sample a riff of an older song, and craft an entire new track around it. Then, there are tracks that are entirely comprised of a number of other songs mashed together. Whether you love or hate the artist, the song, or feel that it is sacrilege to mix one with another, the art of mixing together two entirely different tracks always gets a few heads nodding.

We R All Fireworks

Mashups are how innovations happen. People look at two great things, and wonder how they can have their cake, and their bacon, and eat it all! Party theme mashups are just a part of the new mashup culture. Who knows what sort of requests we will receive next? French mimes putting on a glow show in an enchanted forest? A medieval jousting carnival meets steampunk technology? The possibilities, like your imagination are entirely boundless.

Whatever it is you need for your Star Wars parties or corporate celebrations – Applause has you covered! Let us know the specifics of your event over the phone because we’d love to hear about it! For example, direct communication with our entertainment specialists will help us figure out which entertainment would best suit your event.

We offer high-quality and professional entertainment services in Melbourne, Sydney, Brisbane, Adelaide, Perth, Tasmania & Canberra. Available across Australia – we’d love to hear about your event and how we can help. To be sure your entertainment makes your event memorable, consult with us today!

As with all Applause Entertainment events, the entire planning process is simple! Consult with us today over the phone as to what you need at your event. We want to make it happen! Call 1300 261 545